The Wedding: The Final 48 Hours

It was Wednesday evening and all of the "this-time-two-days-we'll-be..." shite-hawking was uttered with embarrassing regularity. We were readying ourselves for the church rehearsal and dinner afterwards. All wheels were turning. Jeans and a shirt weren't deemed respectable enough for the groom to wear and I was forced to change into something more dashing, not only by the bride but by an uncomfortable number of female critics. I was tired after an early morning drive to Shannon Airport but for the next few days I had to pretend to be the young, vibrant, and energetic person that I was supposed to still be.

The rehearsal went off without a hitch. Christina, being the studious type, had already learned her vows and rhymed them off to feint praise from the priest. I was the remedial student who had to repeat each line after him. The priest then found out that Eddie's surname was Kilbane and launched into a sermon at no one in particular about his days on Achill Island and quizzed Edward thoroughly - although to no avail - about who he may know or not know there. 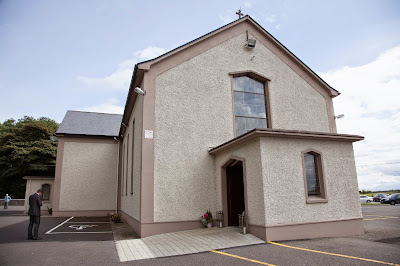 When the mass part had concluded, we headed off to the Raheen Woods in Athenry. The problem with this was that most of the drivers (myself included) had not done their due diligence on the hotel's location and were forced to blindly follow each other. Eddie, under the erroneous impression that Alan knew where he was going, was led on a wild pigeon chase around the lesser frequented neighbourhoods of Athenry.

Aside from us forgetting that we were supposed to supply a cake for dessert, the dinner was delectable. I did at one point wonder how I was going to be able to make a speech at the wedding considering how difficult I found it to stand up in front of those assembled. Afterwards Eddie, with a new found sense of direction, took off for Monivea where there were to be a number of pints drank, only to leave a passenger - the mother of the bride, no less - stranded outside a hotel on the spooky outskirts of Athenry. She still hasn't forgiven him to this day. 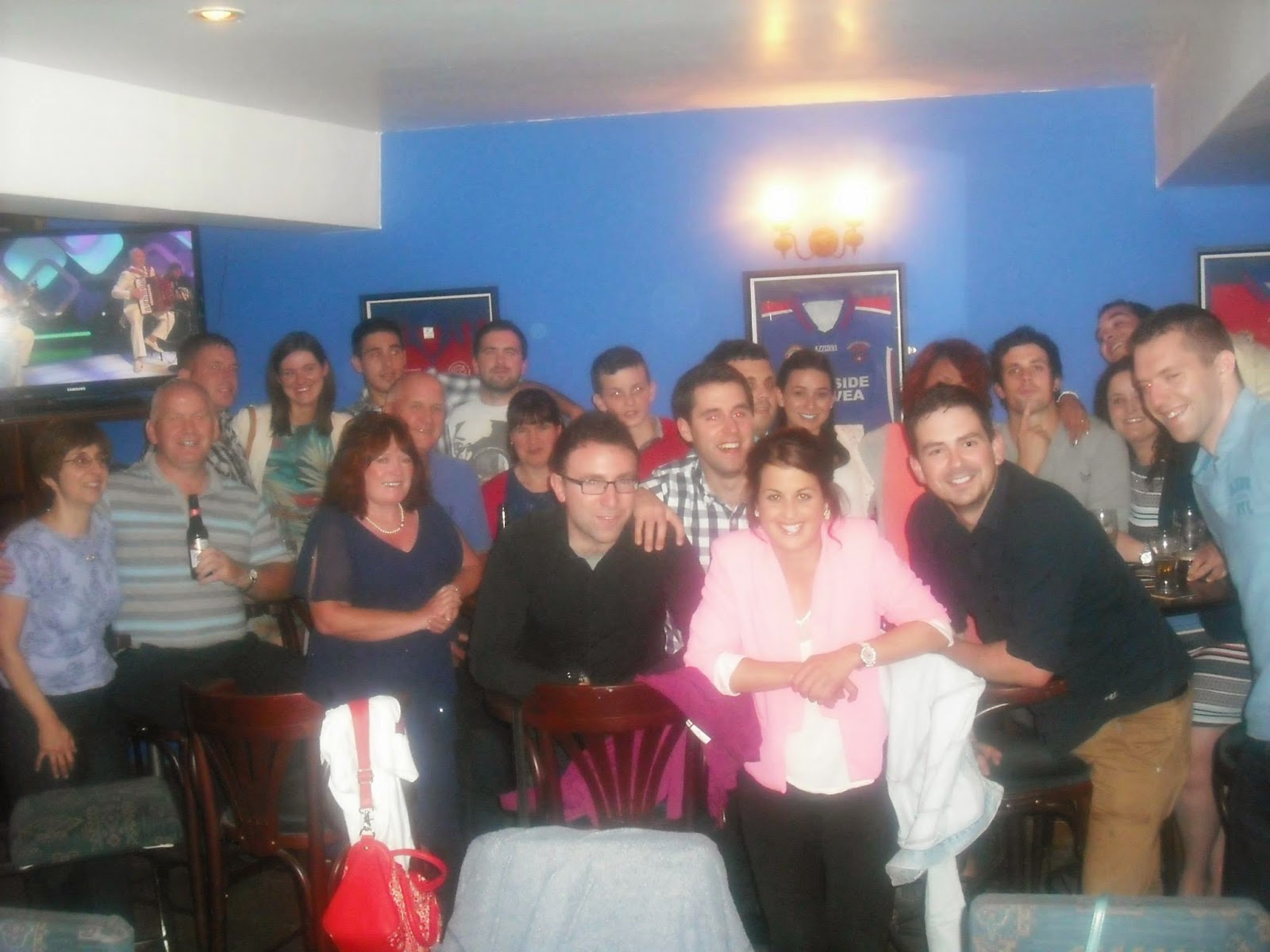 After a sensible number of pints, we made for bed. Tomorrow was to be a big day, consisting mainly of gallivanting. The slideshow had yet to be finished, the Canadian had arrived home and was hungover in a bed somewhere in the Galway city area awaiting collection, various vendors needed to be paid or checked on, and some general sense of panic needed to be adhered to. Gallivanting, as it turns out, is a vastly underrated and under utilized hobby and I am sorry that I don't make more time for it.

While I got my snack-box on, Dooley was reveling in the delights of a tactical haircut, making running repairs to his Jew-fro following a previously botched wedding haircut. We then raced around the country doing everything and nothing in particular, dashing from scene to scene and exiting rather  promptly-but-self-importantly with the line "listen I have to run, as you can imagine I have so much to do". This - made all the more authentic by the fact I had a side-kick - was always met with a sense of understanding, yet I still have no idea what we really spent all the time doing. Anything to get the adrenaline pumping. 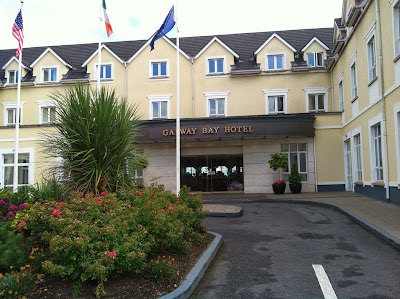 When the evening / night time arrived, we had plans to meet up with the Yanks who had mostly arrived at the Galway Bay at that stage. We wanted to say hello and stand them a drink as a thank you for undertaking the journey they had. We got to hear their stories and adventures so far (most of which involved drinking and having the craic, unsurprisingly) and they all got to meet each other too. We ducked out after a couple of pints. The church certainly wasn't going to decorate itself, but neither was I. I needed to start on my speech, follow with a sense of blinding panic, and finish with a restless and unsettled final night's sleep as a single man.

Saying goodbye to Christina that evening as we left the hotel we would be celebrating in the next day was strange but not one of those life-altering moments like they pretend it is in the movies. The next time I would see her would be as she walked down the aisle - except for a minute later when I forgot something leaving the hotel. I got home and set to writing my speech. I had been warned not to have any more to drink that night or the next morning, so naturally the first step in my creative process was to defy my soon-to-be wife's command.

After researching speech etiquette and reading some examples (and sinking a few beers), words came easily. Too easily. Before I knew it I had an epic tome worthy of George RR Martin, stretching over many pages and I wasn't close to finished. I called Dooley for reassurance.

Balls. I didn't want to be the longest speech of the day. I knew Matthew's would be short, as would Christina's and Bridie's if they decided to speak. Pat, I knew wouldn't be writing anything down and probably wouldn't say much. I started to cut and hack at some of my inspired prose as if it meant nothing to me and added as little as I could. Eight minutes. Bollocks. It'll have to do.

I called Dooley again. I lied to him and told him I had gotten to six minutes. We both felt each other out for the tone of the others speech to see which of us would end up tooling on the other worse. Dooley claimed to be steering clear of all of my public and most embarrassing transgressions. I had preemptive strikes built into my speech - complete with a scathing attack on his character and speech-delivering ability - due to lack of trust. Bring it on, he said.

I transcribed my speech word for word in my own handwriting as I thought for some reason this would make it easier to read. I'm sure if I tried to print it, the printer would have completely shit the bed and stressed me out anyway. I finished up around two a.m., still not ready to sleep but went to bed anyway. If I couldn't sleep I might get up and have a go at milking the cows for old times' sake. That thought put me to sleep fairly quickly.

I woke up again at seven. It was the day of our wedding. 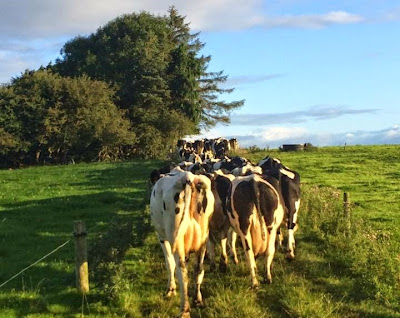