The Proposal: Buying The Ring


Sometimes I like to share ideas before I have fully thought them through. It is usually because there is something blocking the idea's full realization and I need someone to talk me around it. While I was still working at Home Depot and before I knew my carats from my carrots, I told one of the lads there that I was thinking about proposing to Christina. I had nowhere close to enough money to float such an idea but his excitement was all I needed to remove this tiny road block. 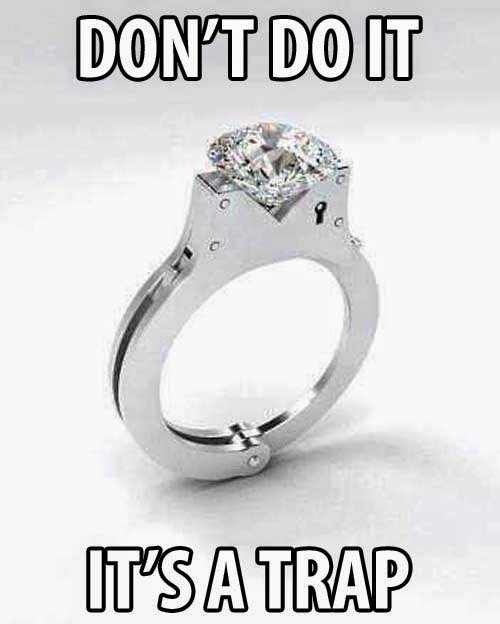 I did some research and became a veritable expert on diamonds. I was rhyming off the 4 C's like a prayer at night before I went to sleep: Cut, Clarity, Color, Carat. That was also the order of importance because unless the carrots I was eating were coming out as carats the other end, I wasn't going to be able to afford a big one. I had done my research online and had a pretty good idea of what combinations of the 4 C's I could afford and what I would settle for. Of course, being an idiot, I forgot that I would have to fork over a small fortune for the ring the diamond was to be mounted on and had to rethink the entire thing at the jewelry store.

That Friday afternoon (probably literally minutes after noon), we were sitting on your typical carriage on the red line on the way to a jewelers in town. Now a number of different lines (red, green, blue, orange, silver) make up the Boston underground and each train has probably at least 10 carriages departing every few minutes. You also have to bear in mind that I know very few people in Boston at this point aside from the people who were probably at work at Home Depot right now. You can imagine my surprise when I hear "Hey Joe, what's going on man?" as we pull away from one of the stations.

I may have raised my head to see who it was and almost simultaneously my heart dropped into the pit of my stomach and my stomach dropped onto the tracks below as I saw Christina's boss beaming down at me. "What are you doing here?" he asked not unkindly. It's entirely possible that I played it cool and introduced him to Patrick, my partner-in-crime for the the day but in my mind I stood up and screamed to the whole train "I'M BUYING A RING AND PROPOSING TO CHRISTINA." I saw absolutely no other way out of it. There was no excuse that I could make up where I could tack on "... but don't tell Christina you saw me" without raising immediate suspicion which would almost certainly end in a confrontation and wild accusations later in the day.

He congratulated me. We did the awkward hugging-it-out thing and I made sure to tell him not to breath a word to Christina. I knew I could trust him but I was still worried. Having the number of people in the loop go from two to three increased the odds of a fuck-up dramatically.

I parked my worries for the time being as we made our way to the jewelers downtown. Patrick had history here so he talked and we explained what we were looking for. I told him my budget and he stuck two fingers underneath his collar, tugging at his shirt as his face reddened. "I'm sure we can find something for you here." he said, visibly and decisively moving away from the section we currently occupied. I had done some scouting previously in some of the tackier mall jewelers and had been greeted with the same reaction.

I should have felt like the poor widow in the Bible who, with her two coppers, had given all she had but instead I was expecting this old man to reach behind the counter for a brush to clobber me with until I left the store like a rat being chased out of an Italian restaurant kitchen.

The first diamond he took out for me to look at, ignoring all my previous talk of "size doesn't matter to me", was the size of my head. It was cut worse than the time I caught my fingers on the shear grab, as clear as the instructions the aul' lad leaves you about the farm before leaving for the weekend, and the same color as a new born child. I tried my best not to be disinterested or disappointed as he talked to me through the merits of such a diamond. All I could think was that I could polish up a nice lump of coal and it would look prettier than this piece of shit. 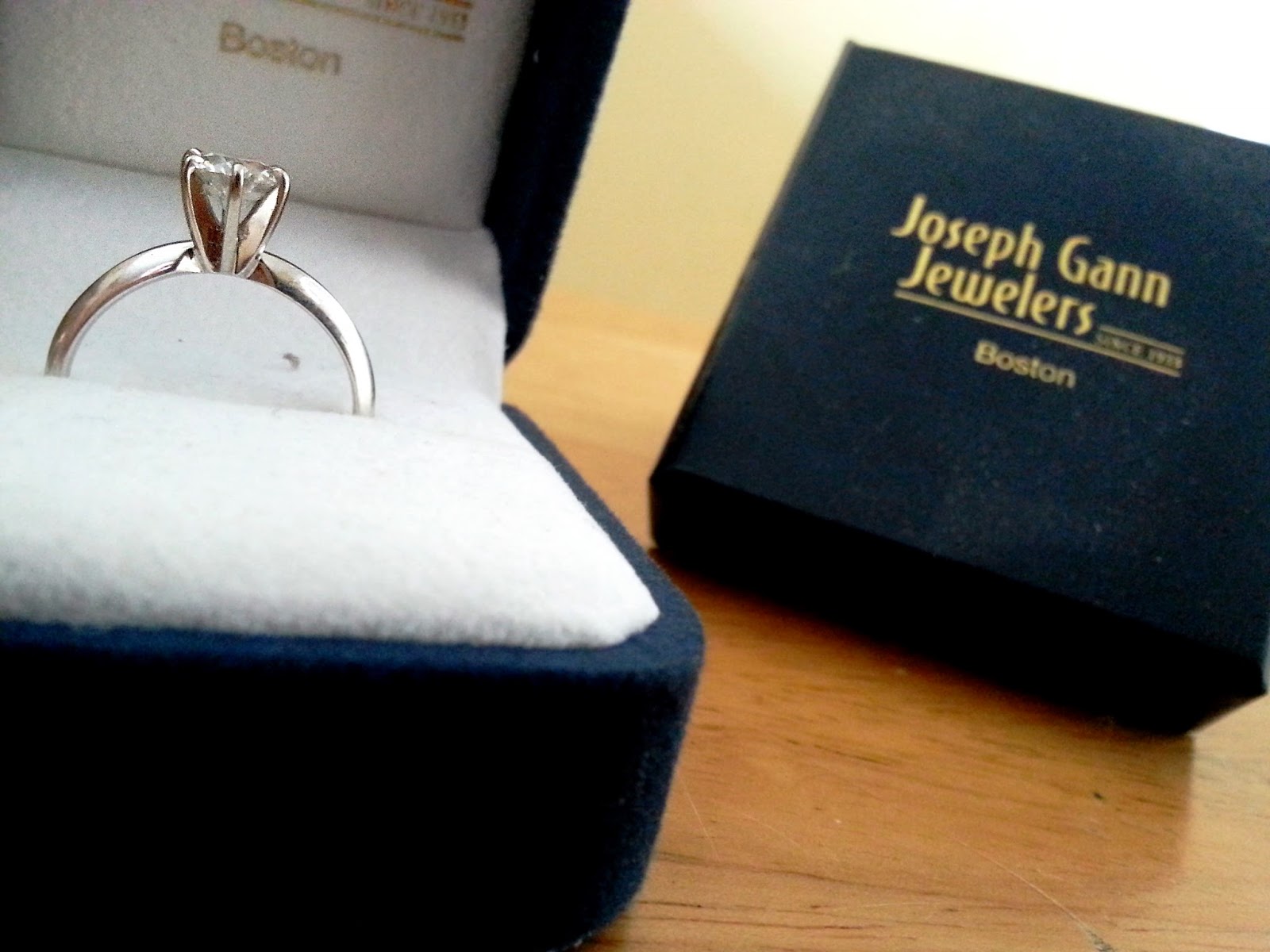 He gave me all of the specs on the diamond as if it was a laptop or HDTV and even let me use the little handheld microscope thing. While I was an expert in all things diamond at this point, I had not thought to research this particular instrument. Holding a diamond in a set of fancy tweezers in one hand, I had to try to look through the microscope that I was holding in my other hand. I felt like a city girl who was trying to decide the best way to approach a cow for the first time. When I finally looked through it properly, it looked like a whole new subspecies could be living inside this diamond. It also looked like some lad had taken a lump hammer and chisel to an ice cube.

I reiterated that the size of the diamond was not important and so he found something so small that I could have easily rubbed it out of my eye after waking up in the morning. After a little while we managed to find a happy medium. The specs for this one sounded like what I wanted and the microscope confirmed it. This one had a bit of class, it sparkled, and it looked like a tiny little elf had chipped away at it with a tiny little hammer and chisel, his own little ice sculpture that he was doted over for longer than any sane elf should. I'll take it, I said.