I Went to the Gym. It Didn't Go Well.

I went to the gym for the first time last week. Not the first time ever although it did feel like that at times. I was immediately contacted by a personal trainer to set up my free session that all members receive upon joining. I had been through this at a previous gym and it was fine. They took my vital statistics and immediately gave up on life. I assumed this would be somewhat the same.

I went in for my 6pm appointment with John and we sat down across from each other. He was built like a brick shit house but somehow reminded me of Walt Junior from Breaking Bad - minus the crutches. I got the feeling that this guy was the Flynn half of Walt. He sat me down and we dispensed with the small talk. We were here on business. I was fat and in one hour, he needed to fix that. 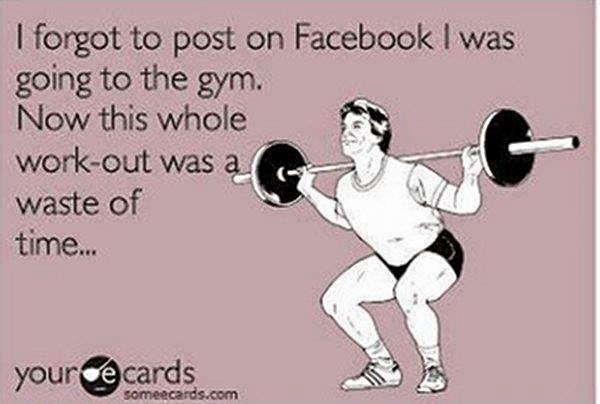 John, the trainer, made up some other goals for me just so we could have a list to work with. He then started drawing diagrams on paper and expected me to be able to answer the questions that followed. He was like the nicest drill sergeant in the world but if I wasn't so trusting of people's good nature I would think he was a sadistic bastard, deriving pleasure out of my girlish squirming in the seat when I didn't know the answer to something. "Oh, what, you don't know the three pillars of fitness? Oh, wow, really? OK". Well first of all John, you just drew a pyramid there. I don't see a pillar anywhere in what you drew, not to mind three. He told me the answer eventually. It wasn't easy or obvious.

Then it came down to the exciting bit, BMI and body fat count. I knew my BMI would be somewhere north of off the charts. I have always been obese according to that. The body fat did come as a surprise, however. They could probably slice enough bacon off my arse to feed a homeless shelter. They could fit me with a tap, stick me in a movies theater and I could provide the butter for all of the popcorn in there indefinitely. I could single flabedly keep Tyler Durden's soap operation afloat.

At this point we were both shocked into action and we went to work on my lean muscle (apparently). He got me one of those circular weights for the ends of the bar that was reasonably heavy, along with a couple of 2lb Dumbbells. I had to stand and push the circular weight up in the air and bring it back down as many times as I could until I could no longer lift my arms. Easy, I thought, and I fucking launched into it. I could see the pride in my trainers face as I was going through the upper 30s and he stopped me at 40. I was chuffed. Then with the light weights I had to do 10 reps of something else. Easy. What have you got for me next, John? The same again. Twice more.

It was at that point I realized that it hadn't been pride in John's eyes as I neared 40. It had been fear for my well being. I barely reached 15 the second time and managed a miserable 7 the third. My back and shoulders were beginning to spasm. I managed to make it through the next couple of drills (or I didn't - in the end does it really matter?) and we went to sit down again. I thought John was going to give me a basic work out plan and send me on my way. Instead he tried to get me to part with a couple hundred dollars a month to do that every week. No dice, John. I can't afford any of that. That was met with the same response as when I didn't know the answers to questions earlier. It took 10 minutes of explaining how poor I was before he eventually let me go. It got to the point where I thought I would have to produce bank statements, pay stubs, and tax returns. His look of disgust as I got up to leave made me feel like a filthy beggar. I apologized for wasting his time and scurried out into the freezing night.

I woke up the next morning and I wasn't very sore. I had done enough training sessions with Gerry Neary in early January to know this meant serious trouble. The rest of the day went by in a blur. I felt like I was in The Dark Knight and The Joker had named me next. I was on borrowed time and there was nothing I could do about it. I went to bed that night with trepidation in my heart. It was like anti-Christmas. I awoke at 4am in unmitigated agony. My entire upper body felt like someone had been methodically beating it with a sledge hammer for the entire 5 hours I had slept. I would have been in less pain if I had been hit by a double-decker bus, before being run over with an eighteen wheeler, which was carrying a number of heavy machines, that all slid off the back and on to me, one by one. Jesus Christ himself would have been praying for me while he was up on the cross had he known my suffering.

I could only imagine how tender my recently unretired muscles were but could not feel them underneath the roaring fire which consumed them. I struggled through the rest of the day, looking forward to a better tomorrow like so many great people in this country before me. I had a dream that, one day, I would be able to scratch my own back again. I had a dream that I would not have to screw my face up like a pig licking piss off a nettle every time I needed to stretch for my cup of tea. I had a dream that one day I wouldn't cry while wiping my own arse. I had a dream that day. 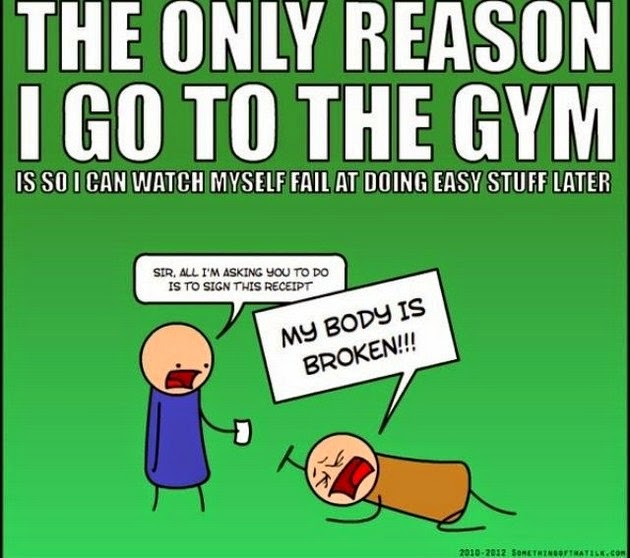 Another restless night followed and the pain was worse the next day. Come evening time I made the embarrassing decision to take some painkillers. You have to understand that I am not one of these people who will pop a couple of Panadol when I have a Heineken head ache. They're always a last resort and I was desperate. I took more than the recommended dosage and it helped about as much as a baseball bat to the shoulder. Taking the painkillers to ease the pain after a twenty minute work out I had done two days previously wasn't even the low point.

Taking a bath was. I was in such dire straits that I took a long soak in a hot bath in the hope that it would help things. Again it did not. It was 5 days after the original work out before I was able to return to the gym. FIVE DAYS! AFTER A TWENTY MINUTE WORKOUT!
Email Post