Aspects of Irishness: Everyone Has a Story 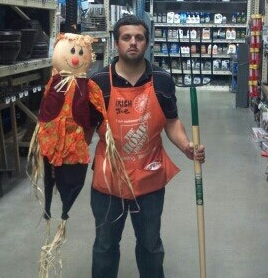 The first six months I spent in America made me a bit of a recluse. I find this funny because I lived out in the countryside on a farm in the West of Ireland for the first 23 odd years of my life. I had to come to a beautiful, leafy suburb of one of the better known cities in the (supposed) greatest country in the world to become a hermit.

Working in retail now, in a part of the world where Irish people are not in short supply and are universally loved, has given me a new lease of life and I have come to realize one thing: Every American has a story about Ireland. These stories may or may not be rehearsed (like a well crafted lie as to why you had to stay at a friends house after a night out because you were too drunk to get home) and polished (like the aul' lad's shoes before he goes to a funeral) for such an occasion as they meet a genuine Irish person. You know, one with the authentic leprechaun accent.

The conversations always tend to go along a similar track. Their eyes light up when they hear the accent and thereafter the conversation follows a very strict line, as if there is a "How To Speak With and Relate to Irish People 101" class at some point in their academic career, culminating in a two part examination. Part A involves getting dropped in the middle of Southie of an evening, successfully negotiating your way into an Irish bar, and having a picture taken with your arm around a sweaty Irish man holding a pint of Guinness at 4am. Part B of the exam is also completed on that night: successfully acquiring a job on a building site (nannying/babysitting for the women) for the next morning i.e. two hours after leaving the pub.

Guideline for conversation with genuine "Patty":

At this point the conversation can swing any one of four ways:
And in some very rare cases:
Very often, I have a response on my lips that I would love to give:


I couldn't give a flying pile of steaming shite. And not even my own shite, but the shite of a cow that you saw on the side of the road in Connemara as you drove through it 27 years ago. I couldn't even give you that shit. That is how little I care about your story.

That is what I want to say and yet the fact that I'm Irish forbids me to. Instead I smile at the appropriate times, nod curtly, and add in a joke at the correct time. There are two reason why I do this, both involving money.

There is a third reason. Of all the nationalities you can find in Home Depot (Liberian, Dominican Republic,
Italian, Puerto Rican in garden alone), I am the only one who gets called out on it. I have never heard anyone stop Moses mid-sentence, ask him where he is from, and then proceed to regale him with a Liberia-related anecdote. Richie doesn't have to write "Puerto Rican Richie"* on his apron because people don't ask him where is is from 12-15 times a day. And Tom doesn't have to tell anyone he is Italian because he is loud, arrogant, and looks like Super Mario.**

This is one of the many things that can be equally annoying and equally amazing about being Irish in America. We Irish have a unique brand and when you are not overexposed to it, it can be an amazing thing. It is to be cherished and something that we can all be proud of.

Next in this series, An Aspect of Irishness, I will explore the issue of Paddywhackery and ask whether it is different from racism.

*I have changed my name on my apron from Joe to Irish Joe due to the fact that there are 3 other Joes working in the store and that is how I am singled out. The other 3 are Joe, Joseph and Joe D so I had no other choice.
**Just kidding, I really, really like Tom.