Which Came First, the chicken or the egg?


Which Came First, the chicken or the egg?

A modern twist on the age old question on which came first. We find out at the end that it was the ...

Faberge sidled through the mess of sweaty bodies on the dance floor. He had long since lost his mate, Humpty, and assumed that he must have pulled at this stage. Humpty always had better luck with the ladies since his accident. The Sympathy Vote was the most powerful thing that he possessed in his arsenal. Faberge sometimes wished it was him that had fallen off the wall, got flown to Asia for treatment and then got a special medal from the King for his troubles. How could anyone resist Humpty after that? Chicks dig scars after all. Faberge had nothing except for the fact that he was minted and possessed enormous genitalia. He exuded an air of confidence that some women found quite off-putting, but Fab needed to keep up this bravado rather than ever opening up in a meaningful way.

Swallowing back the last of his beer, he put his plastic glass down on the nearest table and set off towards the bar, with his sunglasses on his head. His pants were rising up to cover the majority of his ass. He pulled them back down and tightened his belt to ensure it wouldn't happen again. What was the point in wearing one-hundred-and-twenty-euro jocks if every lady in the place couldn't see them? Fab was now at the bar and was trying to gain the bar-ganders attention. He wasn't too happy that they had recently let the old geese work behind the bar because they were notoriously slow, but they were cheaper as they were already drawing the pension, so any cash they got under the counter here was extra. It's a shame that all the chicks his age were fired once they came of age.

As the gander finally waddled away to get his double-vodka-and-red-bull, Fab scanned the birds sitting at the bar. He spotted an older chick across the bar making eyes at him. Fab balked at this. He knew when a chick was into him, but he had never tried it on with an older one. He needed to play this cool. The first thing he had to do was shell out on a drink for her and then he'd have to play the waiting game. He took a seat at the bar and made sure to look towards the older chick every so often with a wry smile. He left her a few minutes with her drink before plucking up the courage to make his move.

Fab was very nervous. His yoke was in his mouth, as he stood down off the bar stool and made his way over to the other side of the bar. The chick smiled and batted her eyelids. Faberge began to panic. He had sat there going through the scenario in his head over and over. One thing he had not factored in was that there was no free seat beside here. He would have to stand there talking to the back of her head. She realised this at the same time as he did, drained her drink and made to put on her jacket. This was going to be too easy.

He pulled out her perch for her and held her bag as she dusted herself down and got ready to go. When she was ready she turned and winked.
"What's up? I'm Fab.”
“I can see that, honey. My name is Enriqua de Oliveira. Brazilian,” she said in perfect English, as she made to pull down her extremely short dress. She playfully stroked his lower shell and brushed her breast against him.

Faberge did not even make it to the door.

He stopped as he realised what was happening. His face screwed up like he had pepper spray in his eyes and a wasp in his mouth. He released an involuntary groan that was the intersect of a Venn Diagram of pleasure, pain and embarrassment. His body started to shake as if he was experiencing an internal earthquake and his one-hundred-and-twenty-euro jocks were the epicentre. His shell cracked slightly and goo seeped out and onto the floor. Enriqua was sniggering rather silently, until she threw her head back and started laughing out loud. As she walked away, she stopped dead, turned around and said “Well I guess that's answered the age old question”. 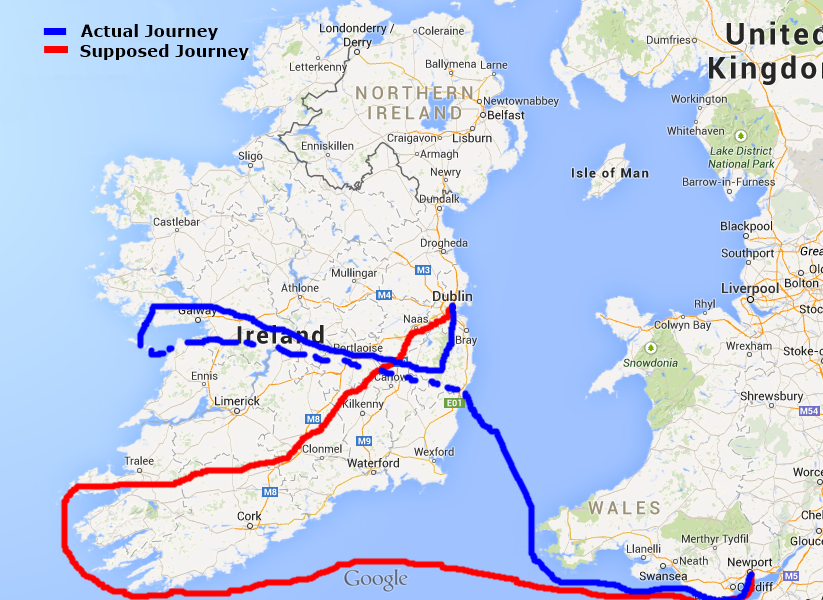