(This post for originally written for Hotpress Magazine. I won (along with with 9 other people), was published in the magazine, and got to go up to Dublin for my prize. I'm pretty sure my parents were away so I drove the Jeep up to Dublin to get there. The prize was 100 euro. The diesel and parking probably cost more. I have no idea who the other guy in the picture below is - and I never did)

These aren't so much reasons, as experiences from last year to help twist your arm if you're half thinking about going this year... 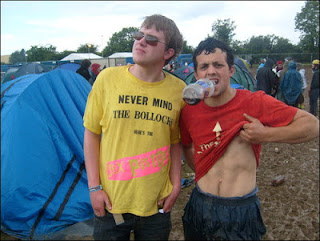 ….And the tips from my Oxegen festival survival guide! 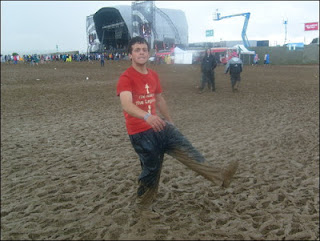